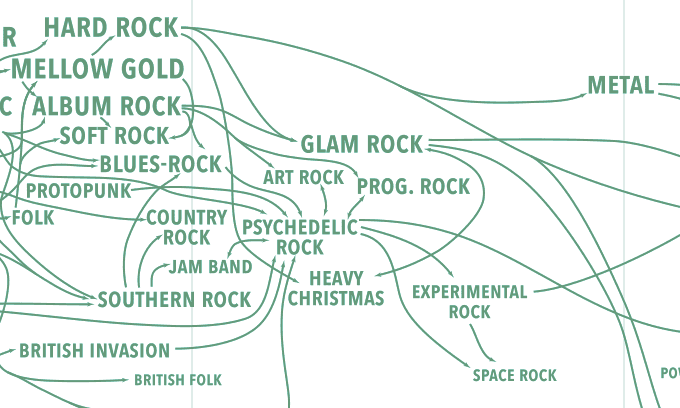 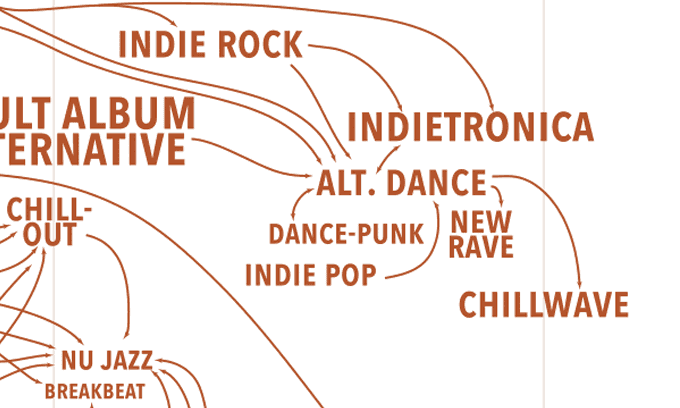 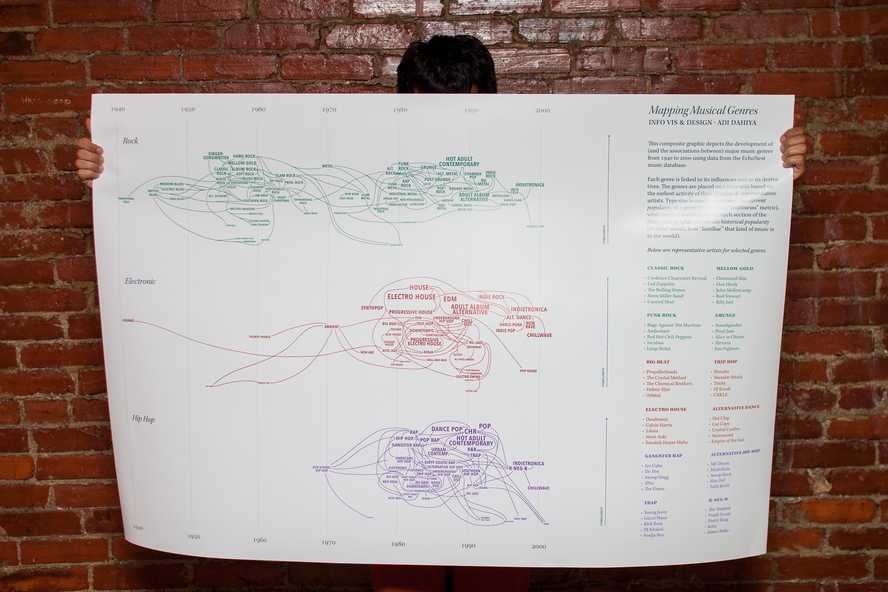 Multi-dimensional graph-based visualization representing the development of and influences between major musical genres from 1940—2000 (built using data from The Echo Nest APIs). 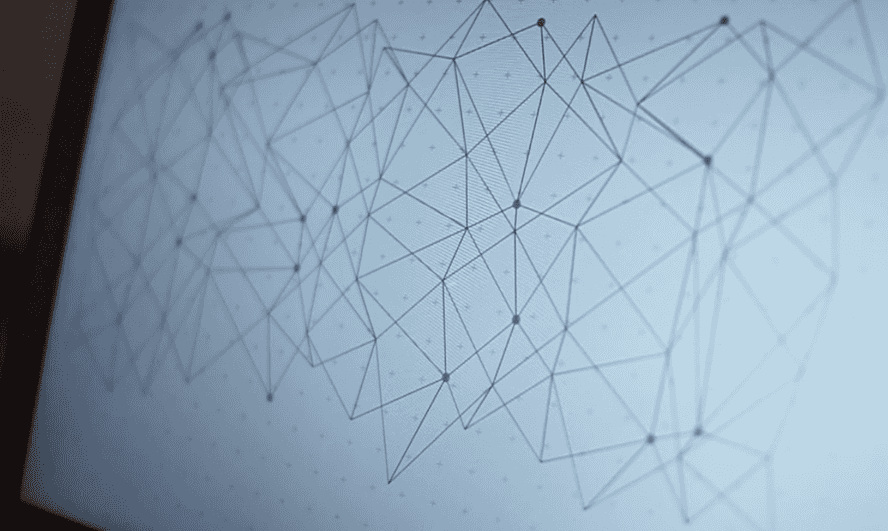 An experimental project which attempts to brand the contemporary fringe of art & design through a 2D visualization which reacts to user input via webcam.

You Are The Product 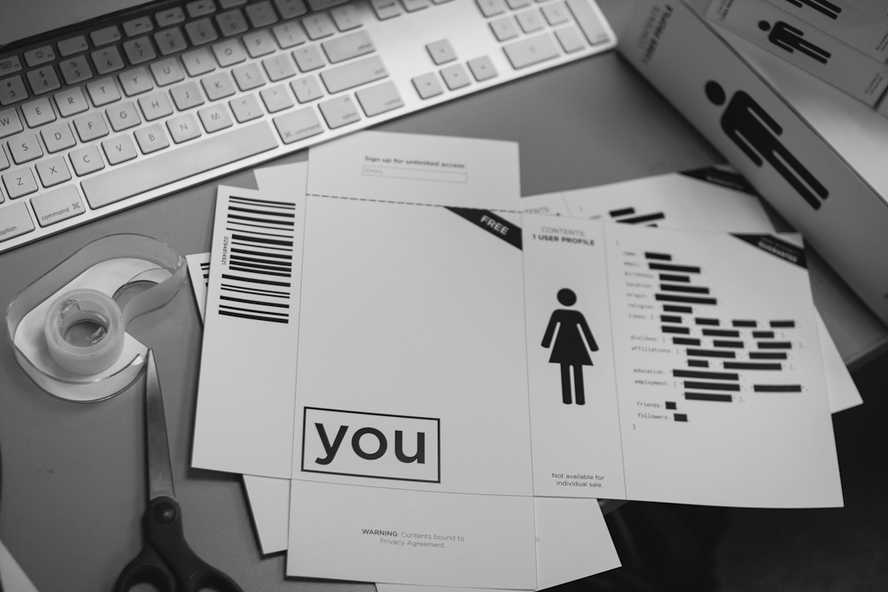 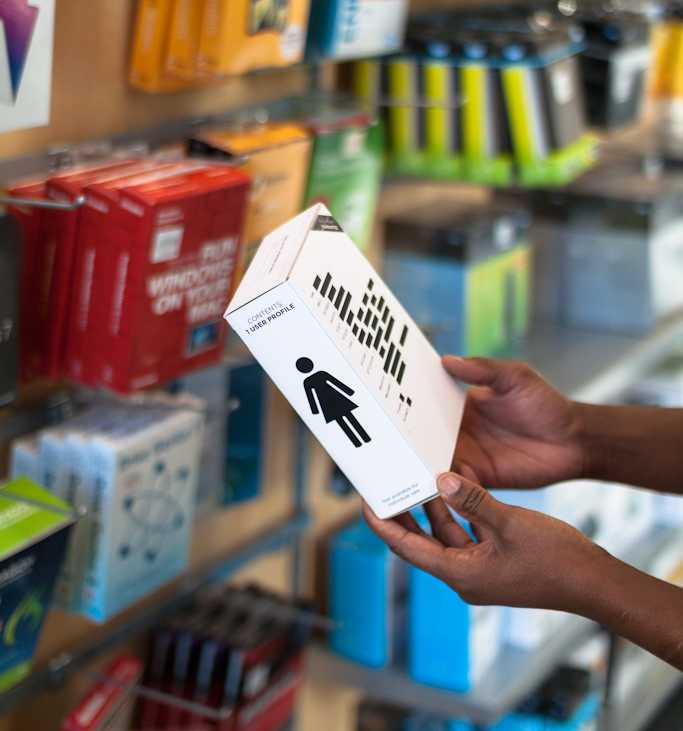 A typography-driven project which takes a critical look at the economics of popular free web services–such as Google, Facebook, and Twitter–which invert the traditional product consumption relationship. 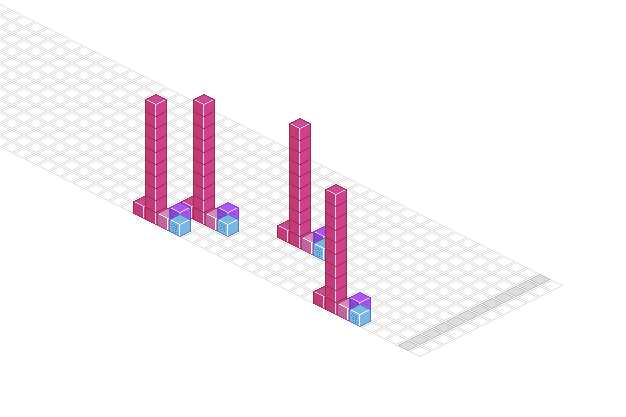 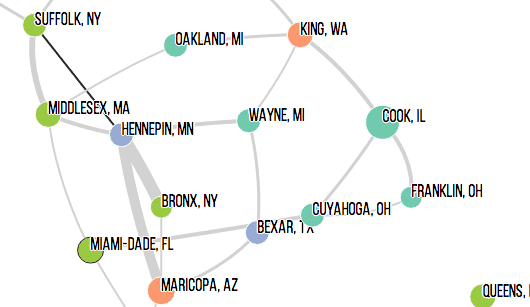 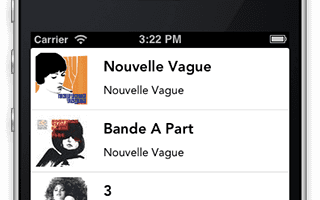 Take a photo of an album with your iOS device and use the Google Goggles API to match it. Then, scrobble the tracks from that album to Last.fm. 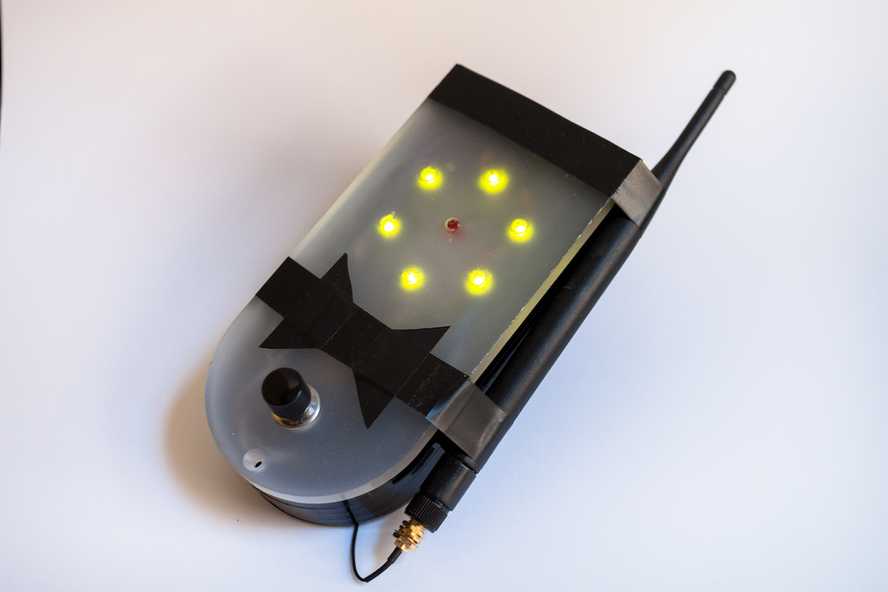 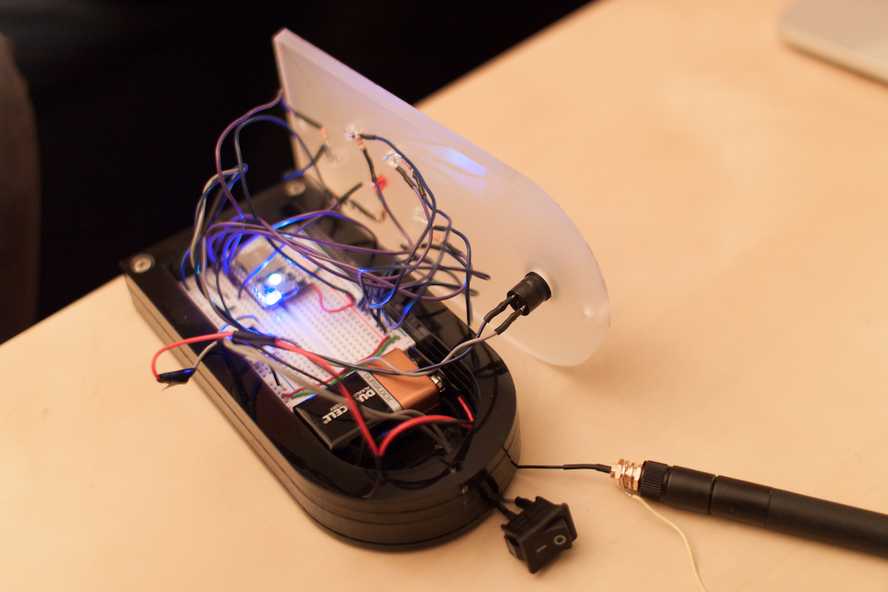 A “smart” doorbell which sends you an SMS when a visitor arrives. 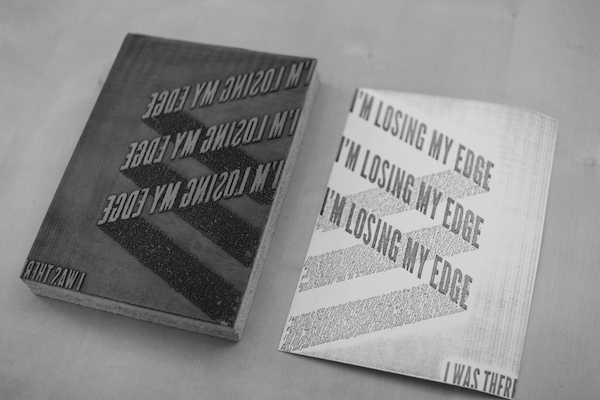 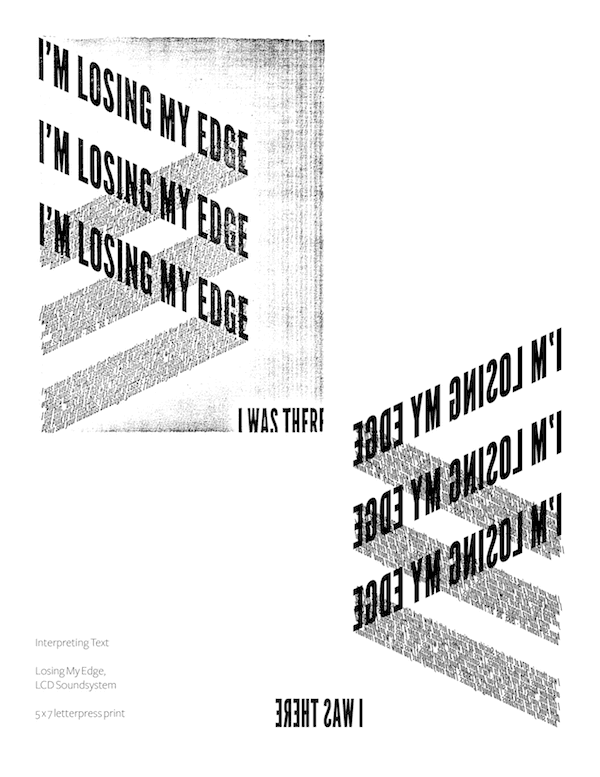 A graphical interpretation of a text using only typography. I used the lyrics from the LCD Soundsystem song Losing My Edge. 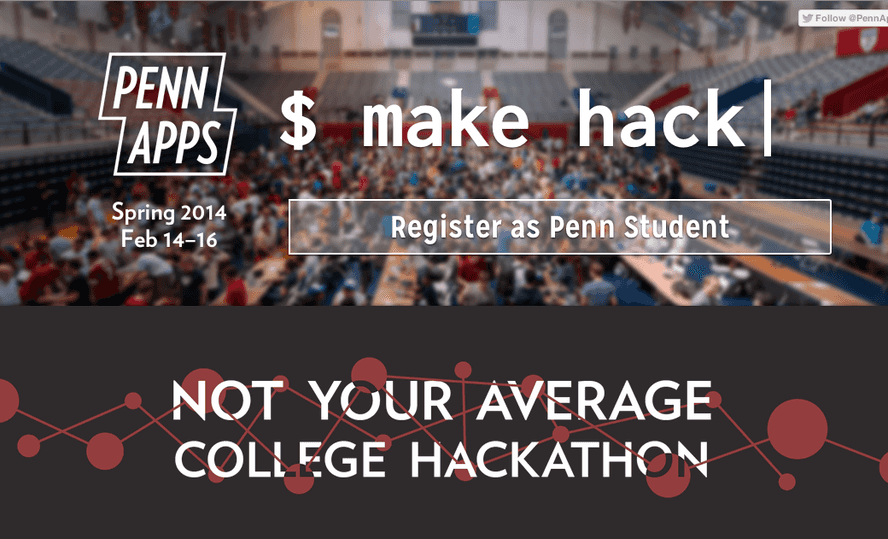 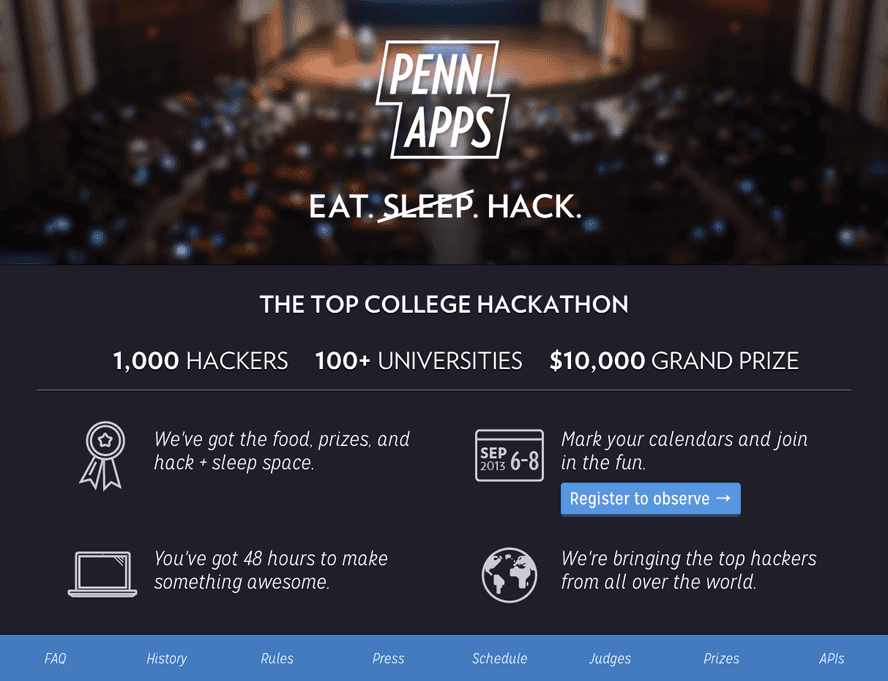 Logo design, website, branding, and creative direction for one of the largest student hackathons in the U.S. 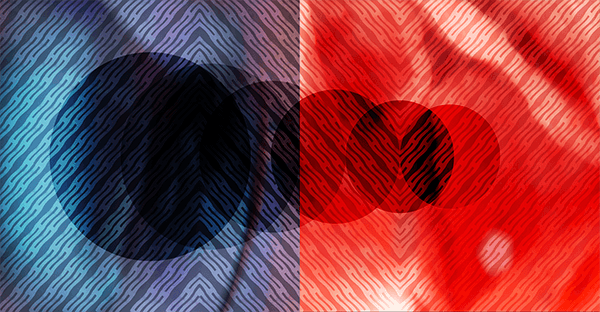 A vinyl cover designed to visually evoke the sounds of the song Nostrand by Ratatat. 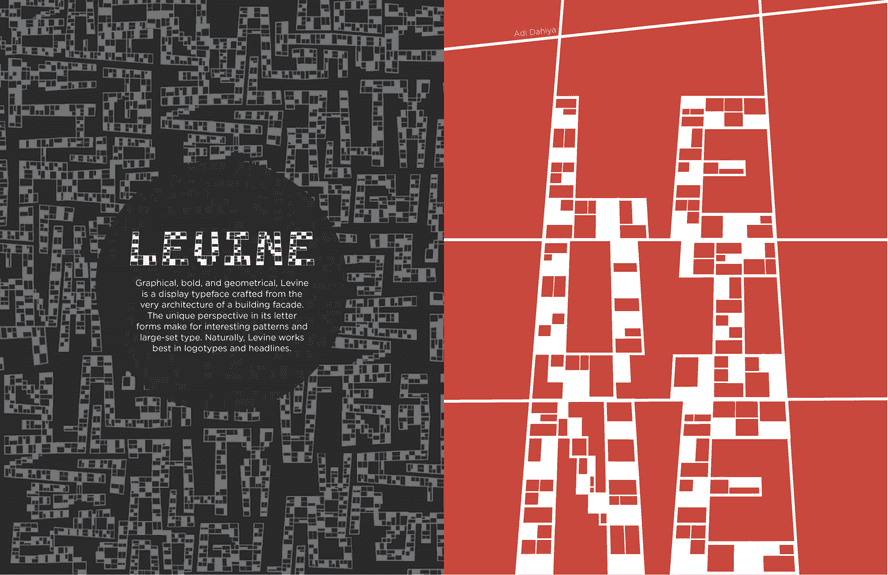 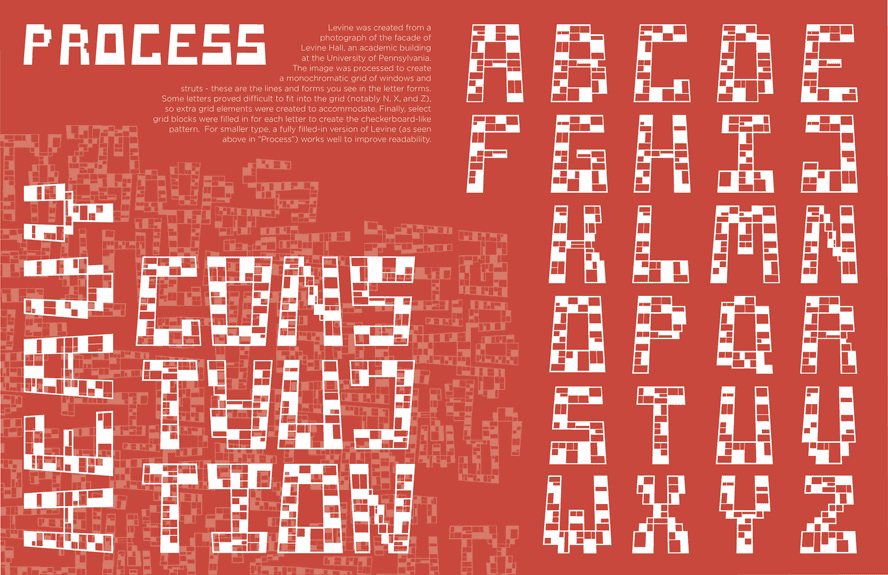 A custom typeface designed from a photograph I took of a building on UPenn's campus. 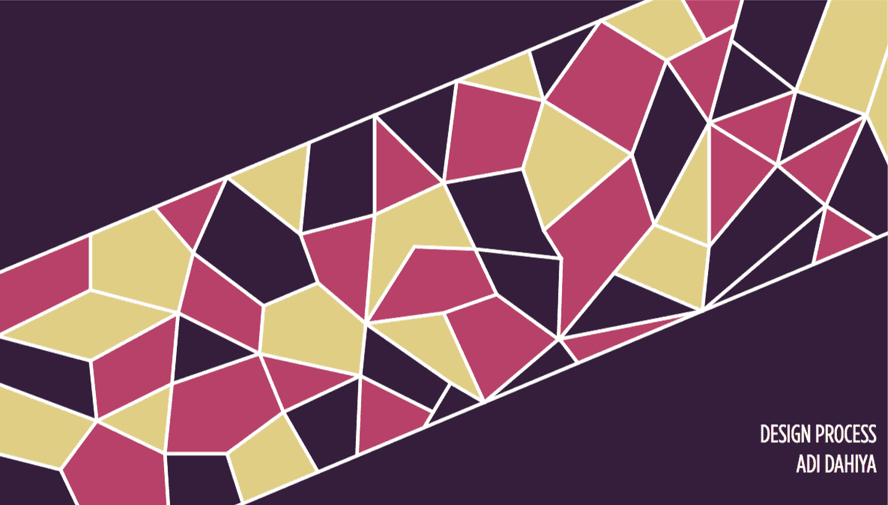