Lately I've been very interested in electronic dance music and the production of club environments. I just started learning how to mix as a DJ. For my final project, I want to create a device which is useful for live performance, possibly portable enough to bring around with me to gigs. 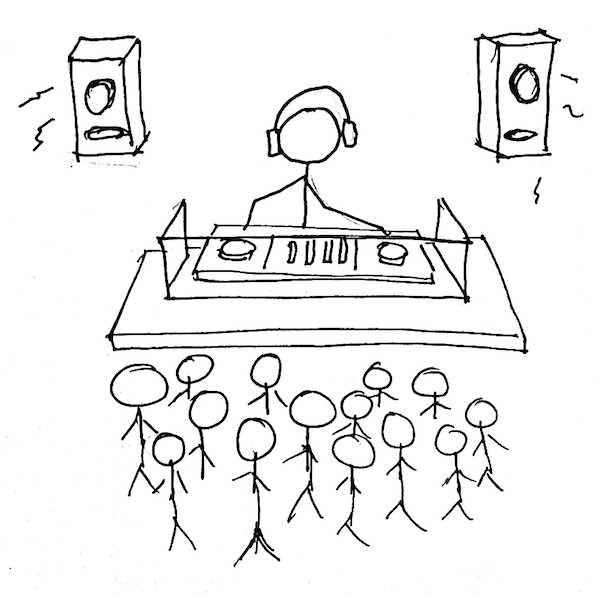 The basic idea would be to use the BPM of a currently playing track to control some LED visuals. I could get the BPM information into the Arduino either:

As far as device outputs, the important part would be programming interesting LED patterns over time. I haven't done this before but I have seen a lot of inspiring work in this area which I hope to imitate.

I imagine the main interaction loop with this device will be as follows:

Ultimately, I will measure the success of this device by using it at a party and verbally gauging audience reactions.

Some preliminary research on beat detection:

Some artists & engineers whose live performance installations I admire: