So far, we've covered the following in the class labs:

While browsing the ER parts list, I noticed some IR & ultrasonic distance sensors. So, came up with a plan to make a simple theremin using these sensors and a speaker.

Here's my initial quick sketch of the device: 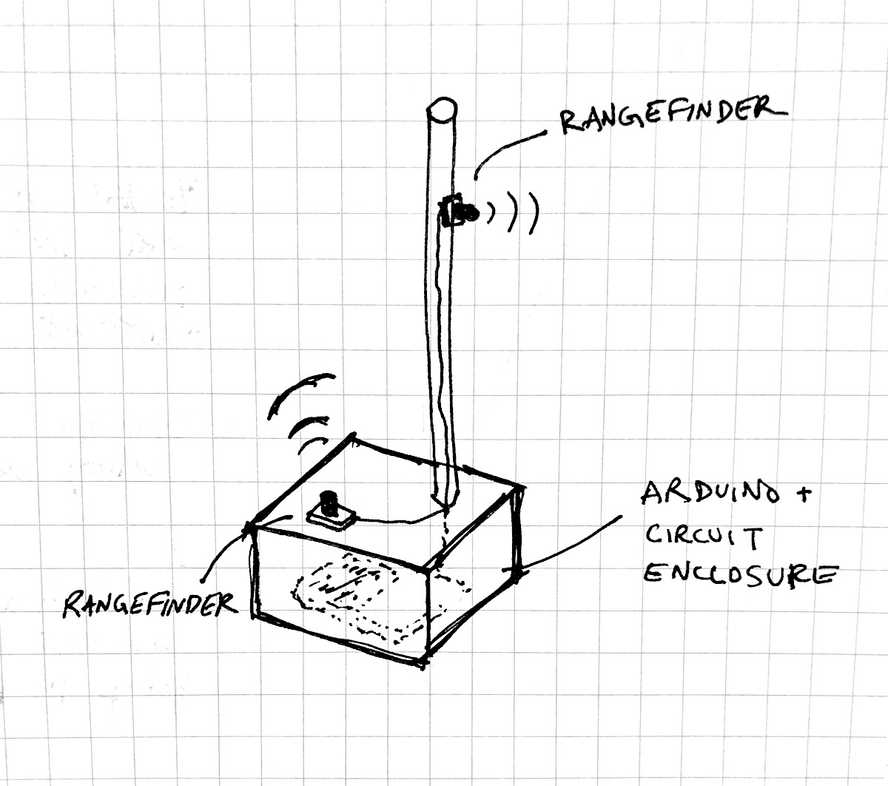 And here's my initial circuit diagram (digital input from the rangefinders and digital output to the speaker): 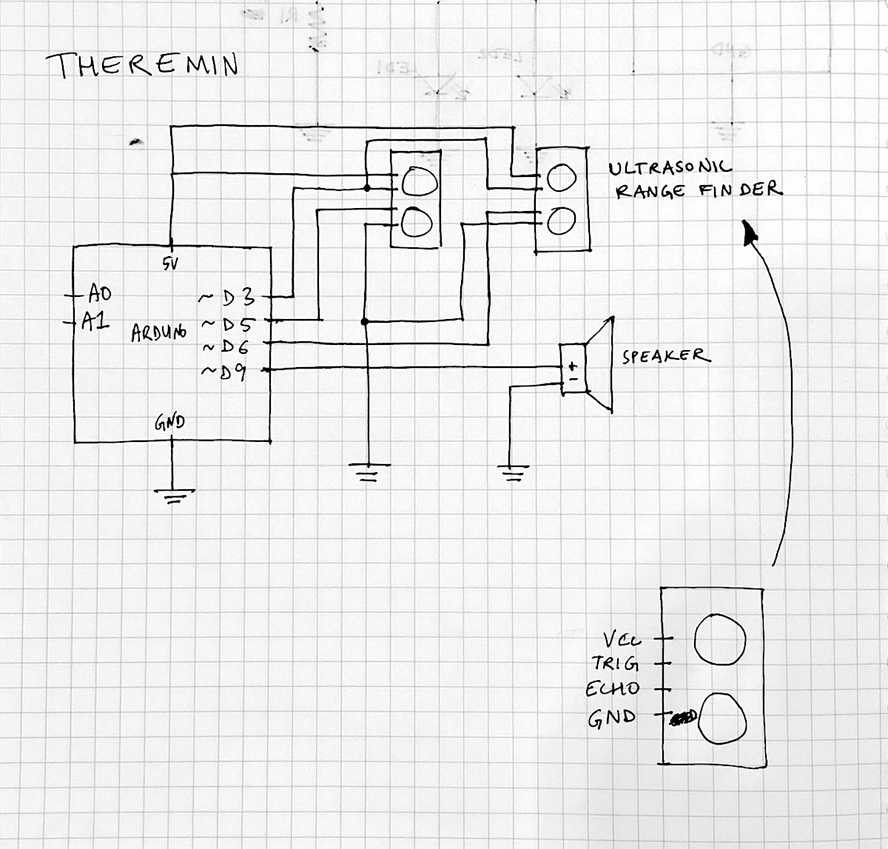 While building the theremin, I decided to change its design to be more compact and portable. It was pretty simple to hook up a 9V battery to the Arduino to allow the device to be portable after uploading my code via the USB cable. After I got the basic instrument features working, I added a switch to toggle the instrument on / off (the Arduino and the overall circuit still stay on all the time, though, since there is no switch for the battery voltage going into the microcontroller). I also added an LED in parallel with the speaker to give rudimentary visual feedback on the operation of the theremin. The LED pulse & brightness changes with the same pattern as the speaker. Finally, I created a basic cardboard enclosure for the circuit, battery, and speaker. 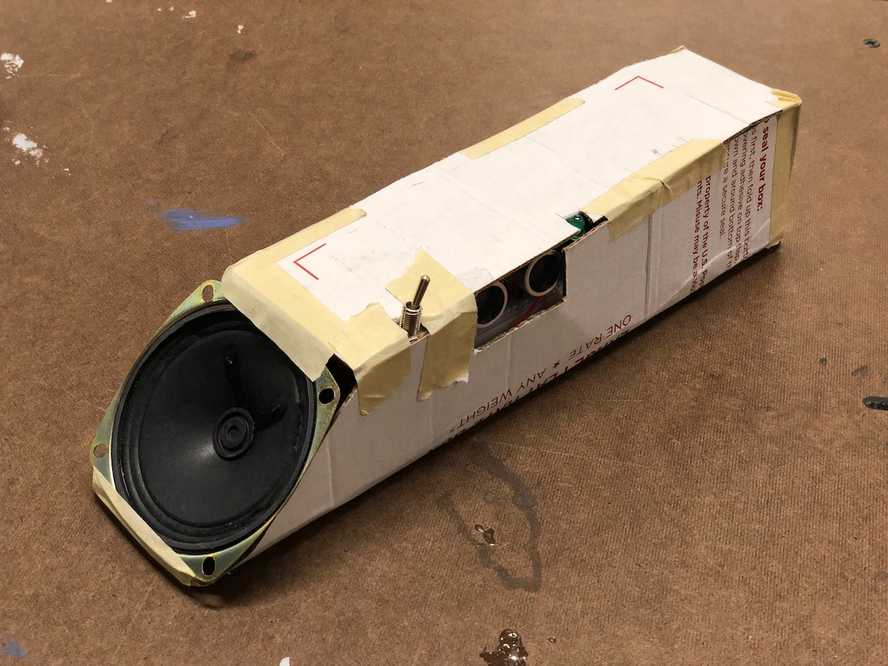 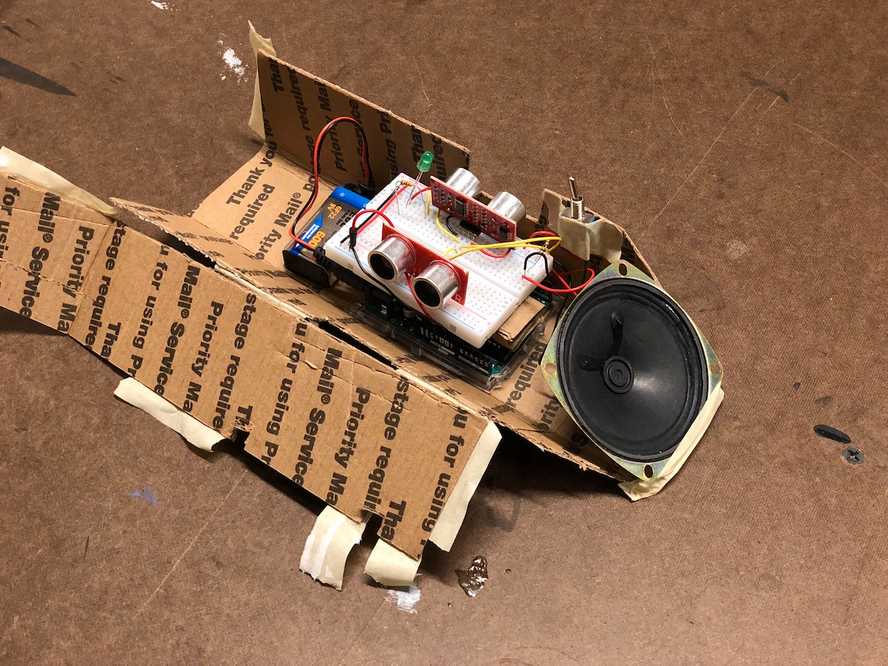 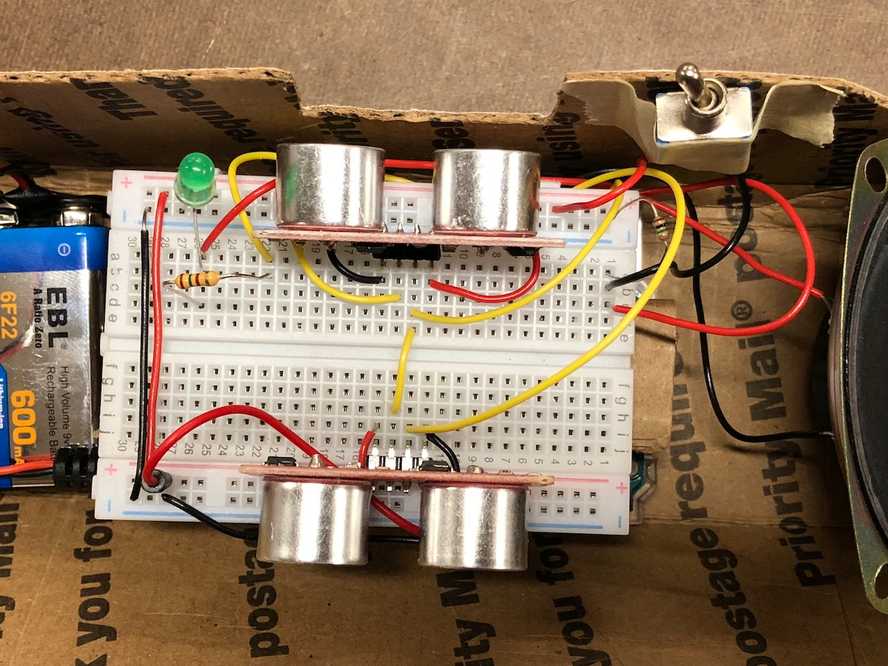 Here is are some short video clips of it in use:

The final circuit diagram ended up looking like this:

Using the rangefinders was relatively straightforward after consulting this tutorial. You initiate the sensor by sending a 2 microsecond "pulse" (switch from HIGH→LOW signal) on the Trigger pin. In my circuit, I wanted to activate both sensors simultaneously, so I used the same output pin for both rangefinders. Distance readings come back on the Echo pin of the sensor and can be read with the built-in function pulseIn().

One tricky part of this project was achieving tone and volume modulation of the speaker. Arduino's built-in functions for tone() don't support volume modulation, so I found a small library that manages to do this called toneAC. This library requires use of digital pins 9 and 10 on the Arduino UNO, which explains part of the circuit layout. The API of the library is pretty simple (I used 3 out of the 4 argument options):

I used a very basic algorithm for generating tones in this project. In the future, I would like to experiment with other approaches besides a simple map()—I think the instrument could produce a more stable and nice sound if it was more tolerant of small changes in its detected range in each rangefinder. I could achieve this by manually mapping a fixed set of distance ranges to a predetermined range of notes on the chromatic scale.