After some encouraging feedback in class, I've decided to proceed with the interactive dance floor project. I'm also interested in combining this project with my Code of Music final. At a high level, the first iteration of this concept involved beat detection as a user danced to the tracks played during a DJ set and an adjustment of tempo / track in reaction to changes in dancing tempo.

I made some new sketches trying to to incorporate a Leap Motion controller and an interactive t-SNE visualization of tracks based on musical similarity, but this seemed like a stretch, so I'm shelving that part for now: 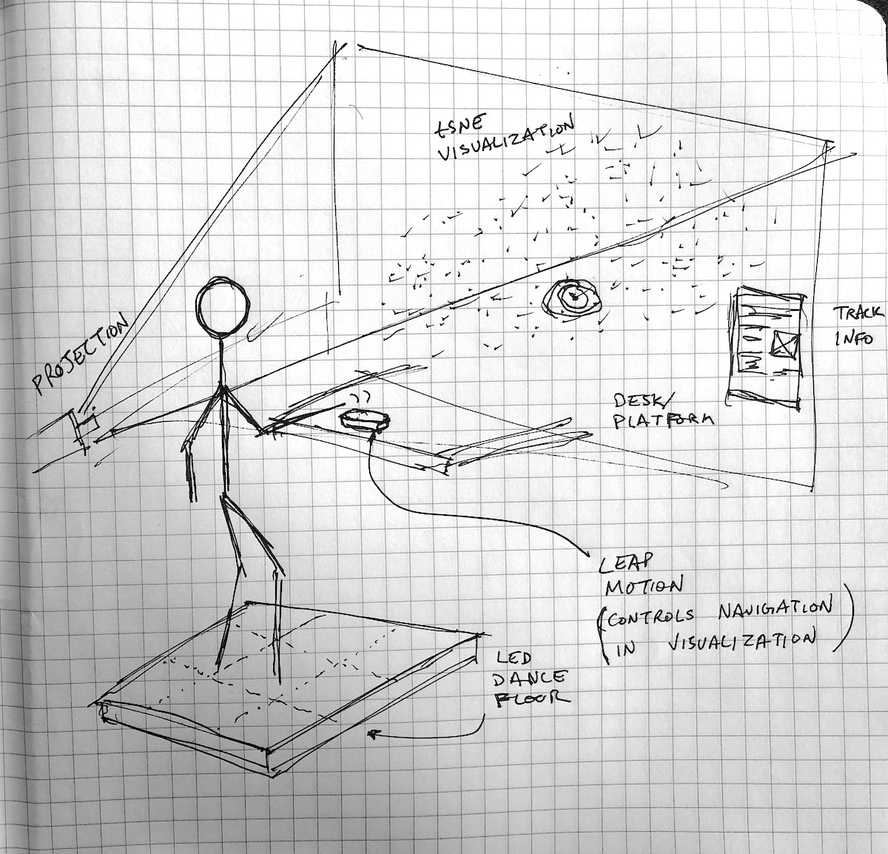 After thinking more about the collaborative aspect of this project (more on that below), I decided to change the musical interaction to involve a step sequencer rather than a DJ set. I was also getting a little stuck on the BPM tapping interaction concept, anyway...

The Akai MPC set the standard for sampling sequencers when it came out, and its 16-pad layout is still the dominant design in most production software & hardware. I figure this layout is the natural place to start for a square dance floor. 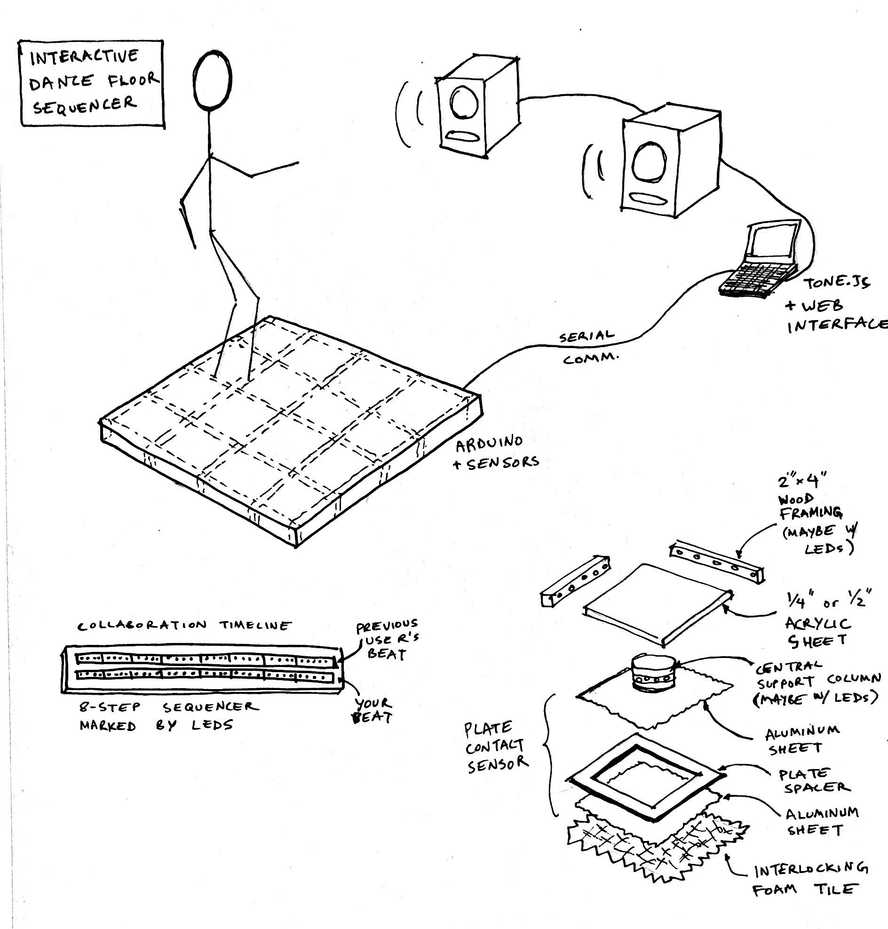 Some key ideas illustrated in the above sketch:

This device is designed for an installation setting where users interact with it one-by-one. When a user starts the interaction, they get to hear the beat played by the previous user. The timeline advances and the tiles light up to show the user which samples were triggered. Then, the user can proceed to play their own beat on top of the existing beat, or start from scratch.

There are still a few things left to figure out here: