While I was working on this project, I was also building a light installation for a warehouse party I organized on Nov 23rd. It was also desigend as a suspended, animated light sculpture, but without moving parts. I was quite happy with the result, and it served us well for the whole night.

The structure is a hub-and-spoke shape with a central wooden ring cut on a CNC machine and ten 1-meter-long aluminum channels holding LED strips attached to it. The power supply and DMX pixel controller were attached to the ring and the whole thing was hung like a chandelier. 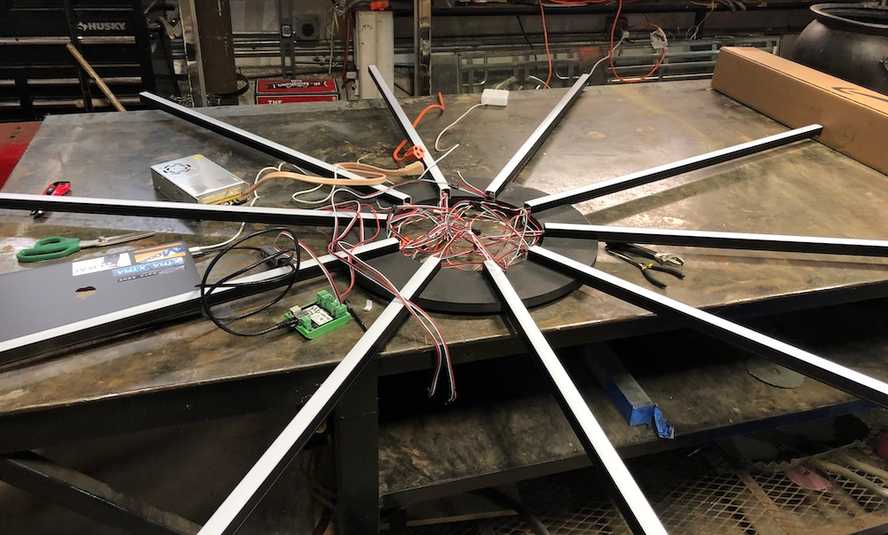 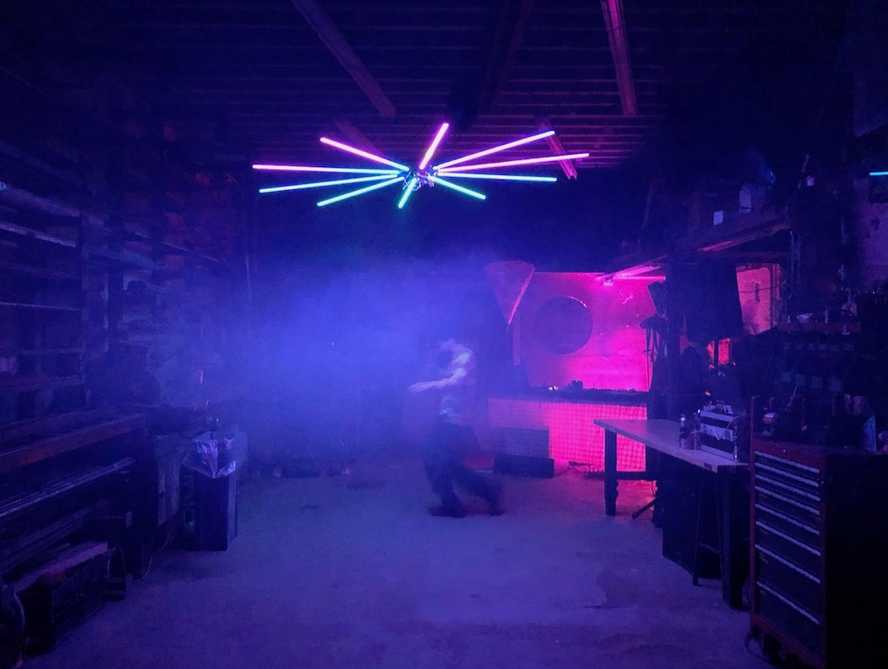 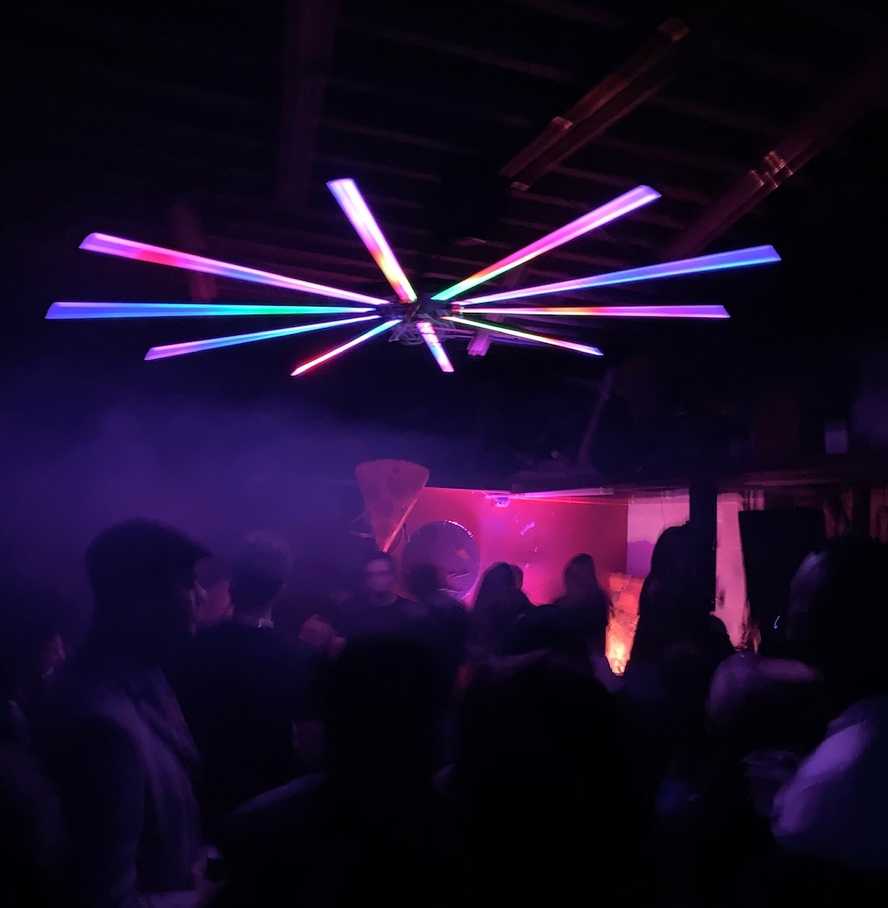 Here's a video of the lighting patterns in action during the party. Some of the patterns are audio reactive using audio spectrum information coming from the mixer. I used Madmapper for pixel mapping and basic visuals, as well as Max (via Syphon) for some custom noise-based patterns.

After building this piece and working through its practical considerations, I became interested in iterating on it further and making it more polished, both in terms of fabrication and lighting design. A few things I want to work on: 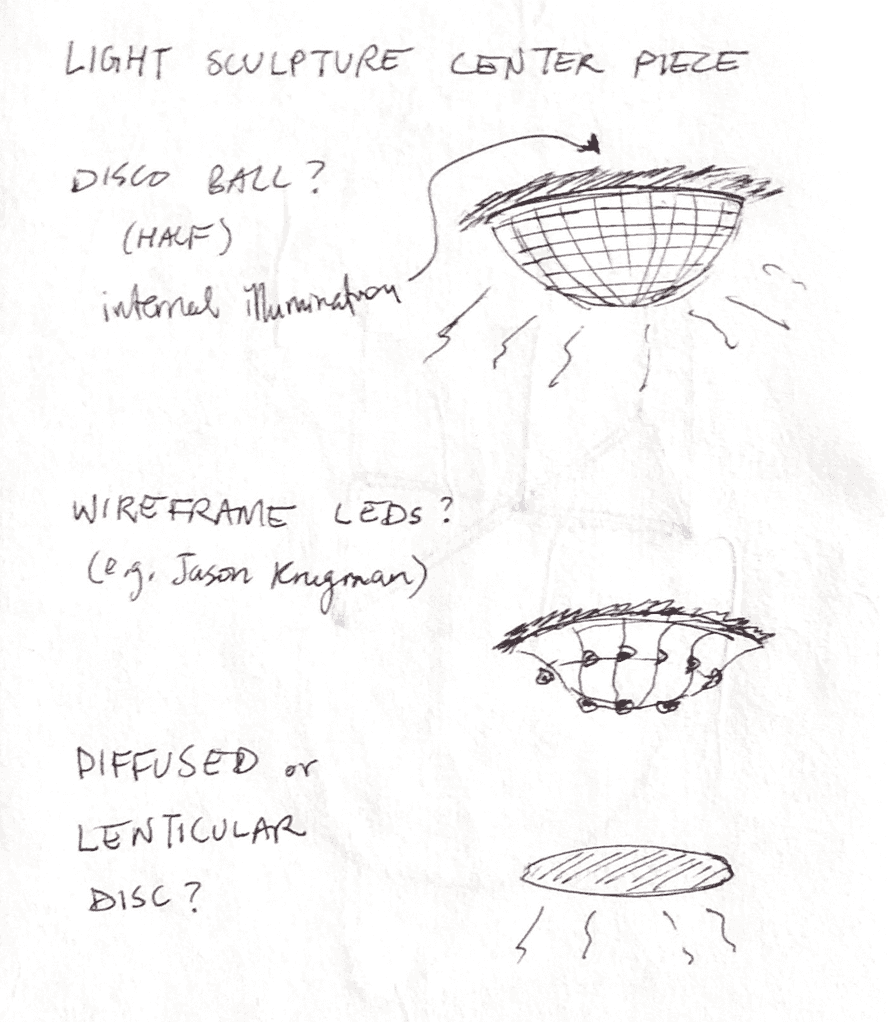