I proposed a kinetic light sculpture for a combined project with Designing for Digital Fabrication largerly inspired by the work of Squidsoup, who I had discovered through their installation for a Four Tet live performance. 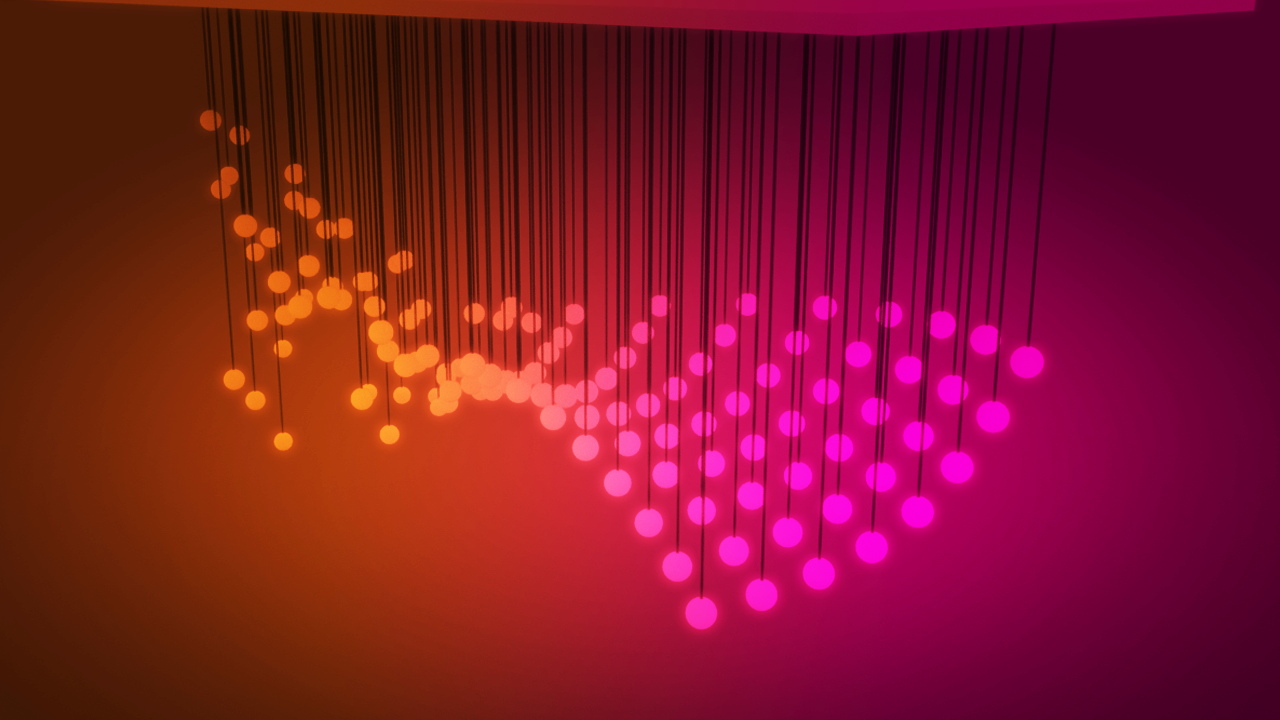 I was also inspired by Dave & Gabe's CASCADE project, a 3D audio and volumetric lighting sculpture for a Holly Herndon song:

You can see some more early references in this are.na channel.

I made some of my own sketches based on this general concept, at first with the floating orbs, and then later with other shapes involving LED pixel strips: 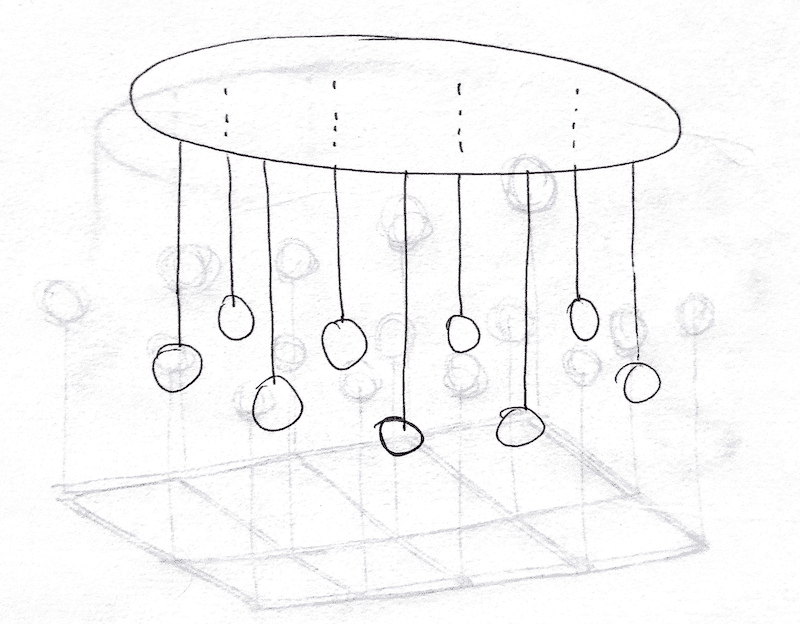 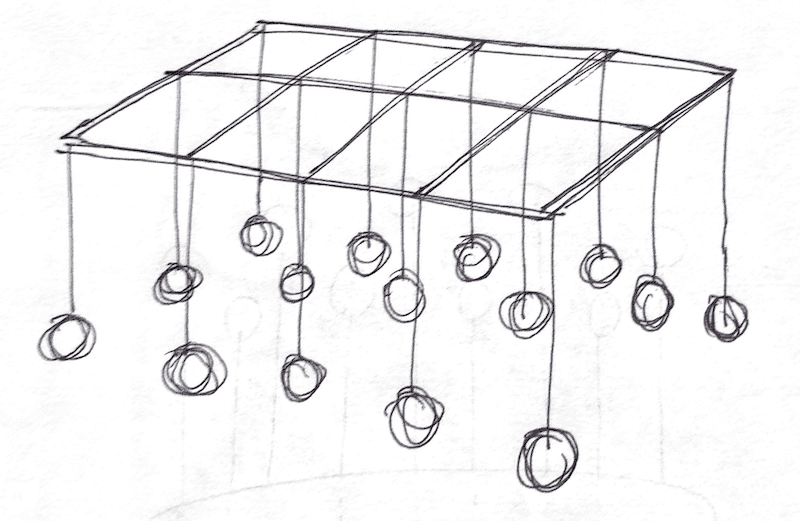 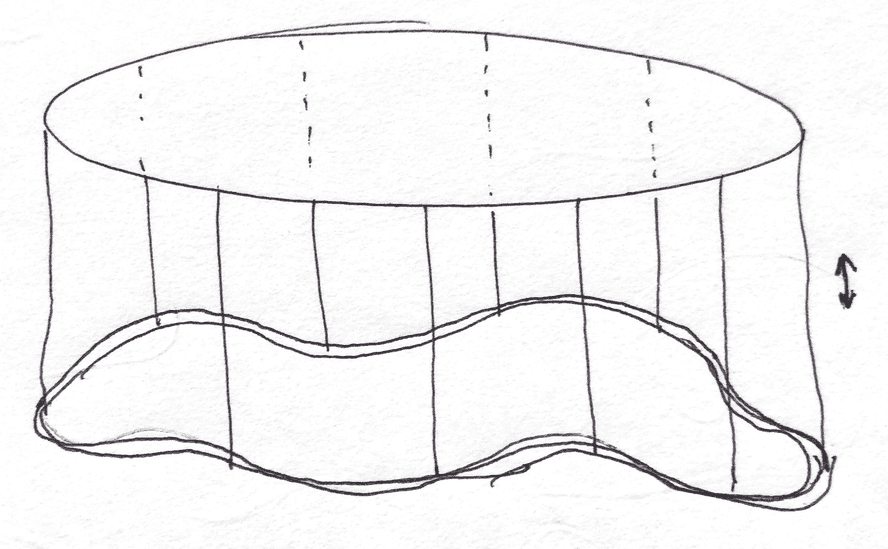 Initial feedback on these sketches suggested that the orbs were a bit clichéd / overdone, so I started thinking about the circular ring a bit more. I ordered some flexible aluminum channel from Amazon (product link) to see if I could create a twisting structure which bends into different shapes while suspended.

I also became drawn to this similar piece by Christopher Bauder called CIRCULAR:

At this point I feel that the technical ideas, especially with motors and winches / pulleys involved, is pretty ambitious for a solo final project, but I'm moderately optimistic that I can at least build some part of this system as a proof of concept.