I was only able to screen capture the Netflix version of the CBB clip at 14fps (probably due to my CPU bandwidth), so that's the rate of my target clip. This is important in running the ffmpeg demuxer at the end:

The "Convert" step of FakeApp didn't run as well as I'd hoped with the multiple faces present in the CBB clip. It was really only able to replace Will Forte's face properly in close up shots during the interview. This meant that I had to do a lot of editing on the final video in iMovie to create a reasonable result. 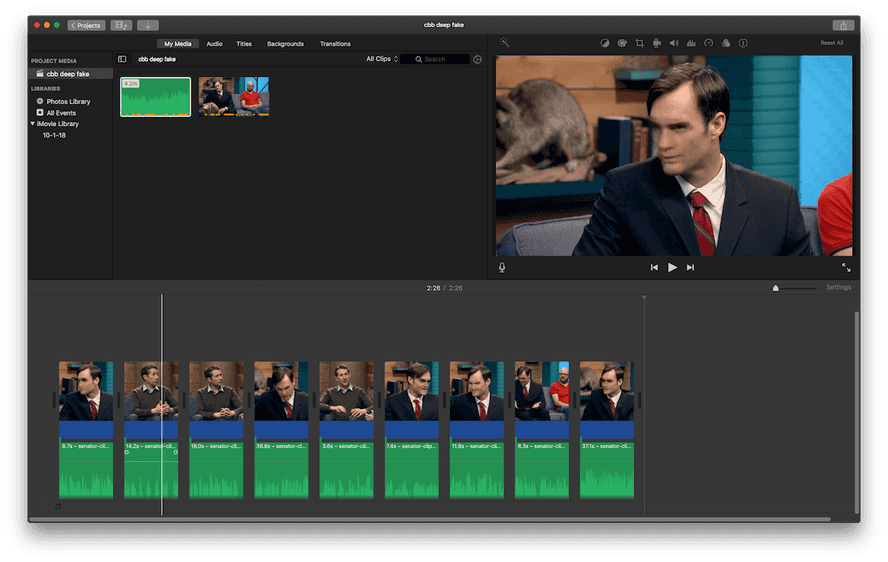