I produced four working tiles for the final presentation of my Dance Floor MPC project on December 10. Because I set up the sensors as analog inputs, I was able to detect varying pressure and program the device to support accents in the sequencer. Stepping on the tiles with greater force provides feedback with a different LED color:

During the actual presentation, I taped the tiles to the foam tile base to keep them in place. By this point, I had not yet fabricated the floor console I had designed, so I kept the microcontroller and breadboard in a cardboard box next to the tiles and simply placed the transport LED strip in front of them. 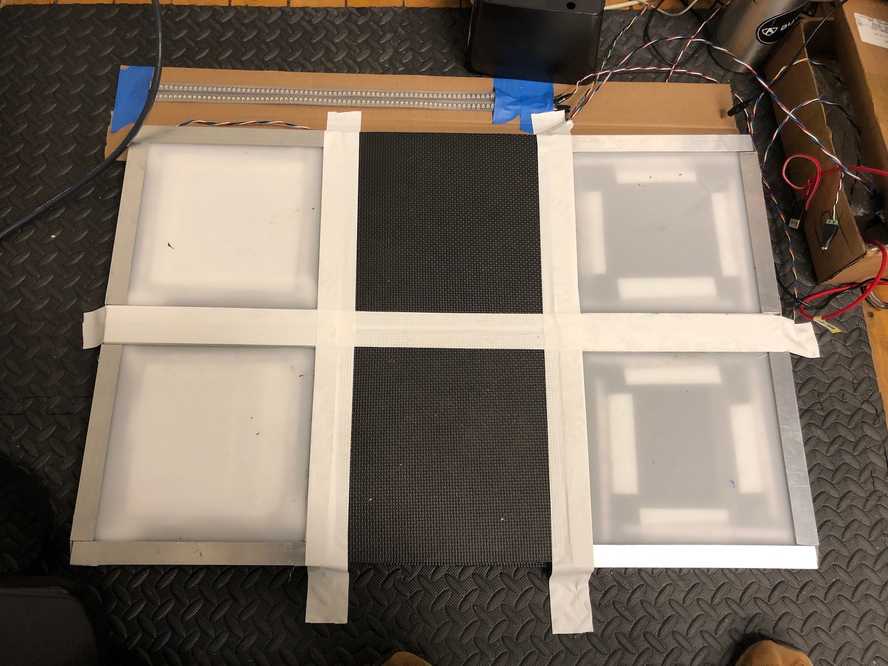 Here's a screen recording of the sequencer web interface which I showed during the presentation (not the exact performance from my demo, but it reflects the state of the code at the time):

I received some good interaction design feedback during the presentation critique which pushed me towards making the device feel more like a game (akin to DDR) rather than framing it as a groove dancing experience; I was forced to face the fact that it's pretty hard to get a groove going on the "Dance Floor MPC" and produce a nice rhythm at the same time (rather, you can dance to the beat you made after using the sequencing features).

I kept working on this project up until the winter show on December 16. You can read more about the overall project here and read more progress updates in the physical computing section of this blog.